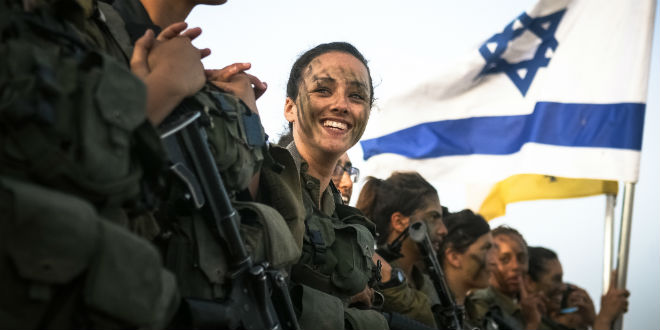 The blatant hypocrisy of the current criticism of Israel is hard for Israel’s supporters to accept, but there is another way of looking at it. Our frustrations stem from our own delusion that the world is a fair place. This, of course, has never been the case, nor will it ever be the case. Anyone familiar with the history of human cruelty, exploitation and misery and the endemic nature of vicious anti-Semitism would be naive to suddenly expect the world to be fair, particularly to the Jews. The choice is not between our enemies loving or hating us but between their hating or fearing us. The real choice for Israel is between being annihilated, or being vilified for her survival.

For millennia Jews were oppressed and subjugated in both medieval Christian and Muslim societies. In traditional Islamic society, Jews and all other non-Muslims suffer a second class citizenship called dhimmitude. A dhimmi must step aside when a Muslim passes him on the street; he may not ride on a horse, so as not to be higher than a Muslim; nor may he build his synagogue or church higher than the local mosque. Only a Muslim’s word has standing in a court of law. This enforced legal inferiority is very much parallel to the civil status of a Black in the Jim Crow South.

In medieval Europe, the Catholic Church originally viewed Judaism as a rival for the hearts and minds of the Pagans. Once the Roman Emperor Constantine made Christianity the official state religion of Rome, all other religions, including Judaism, were persecuted. Eventually, all succumbed but the Jews. The Church’s response was to ostracize and demonize the Jews with the argument that the Jews killed Jesus (deicide), and that anyone who would deny Jesus’ divinity must be satanic. Jews were forced to live in ghettos and their persons and property were subject to attack and confiscation with impunity. 2,000 years of this demonization has left an indelible mark on the European psyche. 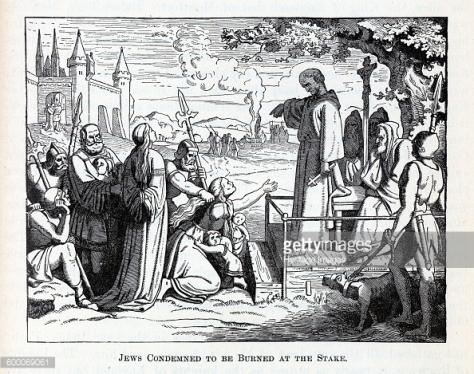 The powerless, subjugated Jew was the norm for millennia, and their real problem with Israel is her refusal to fit this pattern. A triumphant Jewish state seems like an outrage, a reversal of the natural order of things. How dare the Jews defend themselves! How dare they comport themselves as equals, as free men and demand civil and even national rights. The same Europeans who profess endless sympathy for Jews murdered in the Holocaust have no patience with Jews defending themselves from a new Holocaust in Israel. Jews going passively to the slaughter fits their image and lies within their comfort zone; a victorious Jewish army does not.

So yes, Israel is held to a double standard when the United Nations decides to investigate the IDF, the most moral army in the world, for war crimes, while ignoring the Islamic State as it crucifies Christians, burns them alive, drives tens of thousands from their ancient homeland and beheads anyone who does not accept its own extreme interpretation of Islam. And yes, the head of the UN commission follows a double standard in calling for Israeli Prime Minister Netanyahu and former President Shimon Peres to be tried as war criminals. Shimon Peres, but not ISIS leader Abu Bakr al-Baghdadi? Not Vladimir Putin, who takes The Crimea by force and shoots down a civilian airliner? Not Syrian President Bashir Assad, who uses poison gas and murders hundreds of thousands of his own citizens?

Is this criticism of Israel outrageously unfair? Yes. Does it represent an anti-Semitic double standard towards the Jews and the Jewish state? Of course, but that is nothing new. What we must keep in mind is that this criticism also represents the triumph of Zionism and liberation of the Jewish People from millennia of Christian and Muslim subjugation. Had we not achieved an independent Jewish State, they could not criticize it. Had the Israeli Army not defeated enemies bent on genocide, she would not be condemned for her victory but eulogized for another six million dead.

The Jewish People need to stop wringing their hands over the criticism of our enemies, in fact, we should embrace it. When our genocidal Palestinian enemy supported Israeli policy, it should have been questioned. When Hamas protests to the Arab League we know their genocidal schemes have been foiled! When an endemically anti-Semitic Europe was patting us on the back for giving away our land, we should have been warned. When we see European Jihadists and anti-Semites  rioting furiously, we can be certain we are on the right track! When the enemies of Israel are in an uproar it is time, not for hand-wringing, but for rejoicing.

When the U.N. decides to investigate Israel for her victory, we should consider the alternative. Israel’s choice is between being unjustly castigated by a kangaroo UN commission for winning a war forced upon her, or being massacred, and expelled from their ancient homeland, like the Yazidis, while the world looks on in sympathy but does not stop it. We must always remember that the alternative for Israel and the Jewish people is genocide. This being the case, better their fear than their disdain; better their condemnation of live Jews than their sympathy for dead ones; better to be an Israeli than a Yazidi.