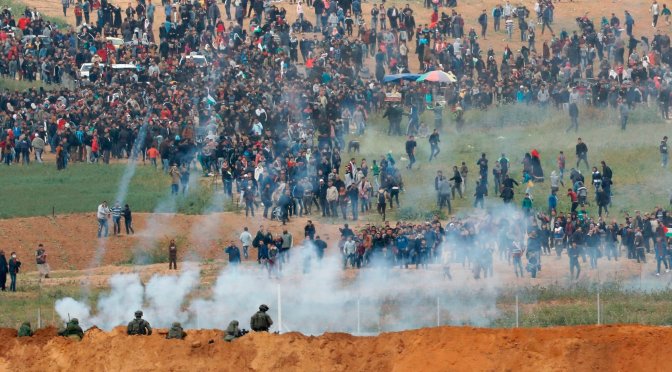 Recent violations of Israel’s border by an Iranian drone and mass protests by Hamas supporters in Gaza highlight a broader problem:  Israel has never actually declared her borders.  While the 1948 armistice line and 1967 cease fire lines became temporary de facto borders Israel never declared either as her official border, nor did any country recognize them as such. Her failure to do so has left a vacuum, that Israel’s enemies have repeatedly exploited to undermine her legitimacy, for a country without borders is not a country.

Israel has avoided declaring her borders because she feared this would preclude peace negotiations.  Israel assumed her Palestinian enemies would gradually abandon their maximalist demands as they got to know and trust her via small steps towards peace.  In fact, just the opposite occurred.  Palestinian expectations were continually raised by Israel’s failure to insist on reciprocity; in fact, she did not even insist that they honor previous agreements.  Today there is no peace process, so Israel has nothing to lose by declaring her borders.   Far from precluding peace, Israel’s declaration of her borders is its only logical starting point.

The Palestinians have never been shy about declaring their aims or claiming what they believe to be rightfully theirs.  It is past time that Israel did the same.  Were she to do so, her citizens would feel an increased sense of security in finally knowing where their country begins and where it ends.  Israeli soldiers would at least know what border they are to risk their lives defending.

Even Israel’s enemies would know where she stands, and what border they are not supposed to violate.  Israel cannot credibly accuse Iran, Hamas, or Hezbollah of violating Israeli sovereignty when she has never actually declared the territory over which she considers herself sovereign.

The Israeli left likes to refer to the 1967 cease-fire lines as Israel’s “internationally recognized” border, but in fact no country has ever recognized them.  Calls for Israel to return to them, therefore, ring hollow.  On the other hand, the United States under President Trump would likely recognize almost any border Israel declares.  The President is highly sympathetic to Israel and sees right through the whole Palestinian charade.  Moreover, securing and enforcing the U.S. border has been one of President Trump’s primary objectives; he would not object if Israel sought to do likewise.

The United States and other powers today well understand that the endemic violence and chaos in the Arab world are not solely, or even primarily, caused by the Palestinian issue or the location of Israel’s borders.  They know that nothing they, or Israel, do will turn the Middle East into a peaceful place.  But while the delusion of a suddenly peaceful Middle East is over, they would like to see greater stability.  For this reason, it is ultimately in the interest of every country to recognize a declared Israeli border as the de facto border, and inevitably, as Israel’s de jure border.  Middle East stability, and not the Palestinian fantasy of destroying Israel, is the overriding world interest, and in the end, interest dictates policy.

But of course, the prerequisite for international recognition of Israel’s borders is that she declares them.  There is no practical or moral reason why Israel need wait for permission from unrepentant enemies sworn to her destruction.  Israel’s adversaries’ objection was never about the location of Israel’s borders; it was opposition to her existence in principle. Declaring her border is the most effective antidote to her enemies’ relentless attempts to delegitimize Israel.

Having sacrificed so much, for so long, defending their country against ruthless enemies bent on her annihilation, the Israeli people have earned the right to unilaterally decide, and declare, their borders.  When they do, they will find that every fair-minded person understands their decision, and all of us who love Israel will defend it.

Image via The New York Times 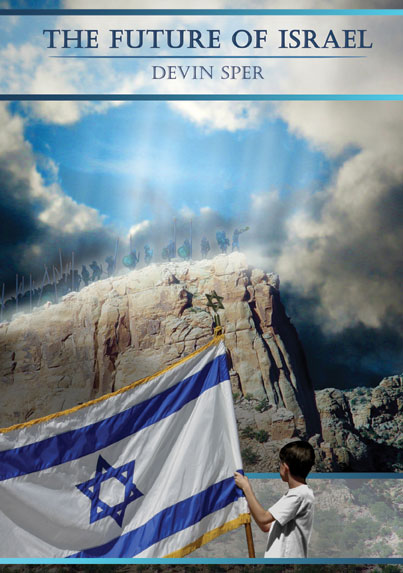