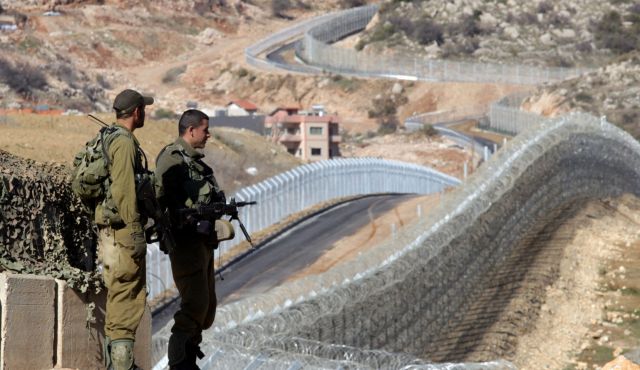 Since the day of her creation, Israel has been under siege by neighbors bent on her destruction.  As a result, she has perhaps more extensive experience with security barriers along her borders than any other country.  What can the United States learn from Israel’s experience as we consider building our own security wall?

Israel actually has a series of security barriers serving different fronts and purposes.  The best known of these is the separation fence bordering the Palestinian Administered Territories.  This fence was built in response to the 122 Palestinian suicide bombings between 2000 and 2004, which killed 927 Israeli civilians and wounded thousands more.  In a continually escalating wave of Palestinian terrorism 120 Israelis were murdered in March of 2002 alone.  Noting that only one suicide bomber managed to come from Gaza, where a security fence was already in place, Israel began construction of a security fence facing Palestinian areas of the West Bank in 2003.

Although sections of concrete wall are most often pictured in the media, these account for only 5% of the barrier, primarily in residential areas and along highways where Palestinian snipers had targeted Israeli citizens.  The remaining 95% consists of a double chain link fence flanking a dirt patrol road.  Enhanced with electronic sensors that alert the Israel Defense Forces to movement along the fence, its object is less to stop infiltrators than to deter, detect, and track them.

The construction of Israel’s security fence put an immediate and dramatic end to the Palestinian campaign of suicide bombing.  By 2009, only eight Israelis were killed by Palestinian terrorism, compared with 500 murdered in 2002, the year before construction began.  These later attacks, such as the 2016 attack on Tel Aviv’s Sarona Market mall, were carried out by terrorists passing through unfinished sections of the barrier.

Polls show that the Israeli public overwhelmingly supports the security fence; one of the few issues on which there is national consensus.   The left-leaning opposition Labor party is even more fervent in its support than the government.  As former Labor Party chairman, Isaac Herzog, explained: “Once there is less terror there is more ability to talk.”

Unlike her rocky, hilly border with the West Bank, Israel’s border with Gaza is flat, sandy desert, not unlike parts of our border with Mexico.  The Hamas terror organization that runs Gaza takes advantage of the loose soil to dig large numbers of tunnels into Israel for the purpose of kidnapping and murdering Israeli civilians.  In the most recent of her three wars with Hamas, Israel found and destroyed 32 terror tunnels, but Hamas relentlessly continues to dig new ones.  After over a decade seeking a technological solution, there are indications that Israel may be on her way to finding it.  Recently, several of Hamas’ tunnels collapsed and Israel detected, found, and destroyed others.  Israel is now building a wall extending far under her border with Gaza reported to be equipped with sensors to detect tunnel construction.

Mexican drug cartels have built a similarly extensive network of cross-border tunnels beneath the U.S.-Mexico border.  The larger drug tunnels bear design similarities to Hamas’ terror tunnels, suggesting collusion between the Mexican drug cartels and Islamic terrorists in constructing a network of tunnels into the United States.  This makes the lessons Israel is learning along her border with Gaza particularly valuable to the United States.

Israel also has security barriers facing the Iranian-backed Hezbollah terror organization along her northern border with Lebanon, and is beginning work on one in the East to prevent attacks by ISIS and other radical factions involved in the Syrian civil war.  However, it is along her relatively quiet border with the Sinai desert in the South that Israel has built a 250-mile-long security fence that most parallels our proposed wall with Mexico.

Here too the barrier has prevented terrorist infiltration and drug and weapons trafficking, but its primary purpose was to stop illegal migrants.  Surprising as it may sound, large numbers of Muslim migrants from North and Sub-Saharan Africa had been crossing vast deserts, war zones, and minefields in the hope of a better life in Israel.  Without legal status or support of any kind, they apparently consider any life in Israel better than the one they left behind.  According to the Israeli Ministry of Defense, the southern border fence reduced the flow of illegal migrants into Israel from hundreds per month to only 11 for all of 2016, none of whom reached Israeli cities undetected.

Israel has demonstrated that a security barrier can be close to 100% effective in stopping illegal entry by migrants, terrorists, and drug traffickers.  She has also shown how to build such barriers quickly and at surprisingly low cost.  Soon after his inauguration, President Trump pointed out the effectiveness of Israel’s border fence to the President of Mexico, saying: “Israel has a wall and everyone said do not build a wall, walls do not work — 99.9 percent of people trying to come across that wall cannot get across.”

The United States, with the advantage gained from Israel’s experience and with far greater resources, has the ability to build her own security barrier and gain control of her borders in short order.  We may wish that we didn’t have to build such barriers, but in this age of international terrorism, drug trafficking, failed states, and resulting illegal mass migration it is hard to see how a responsible government could do otherwise.